What I Eat on a Sunday 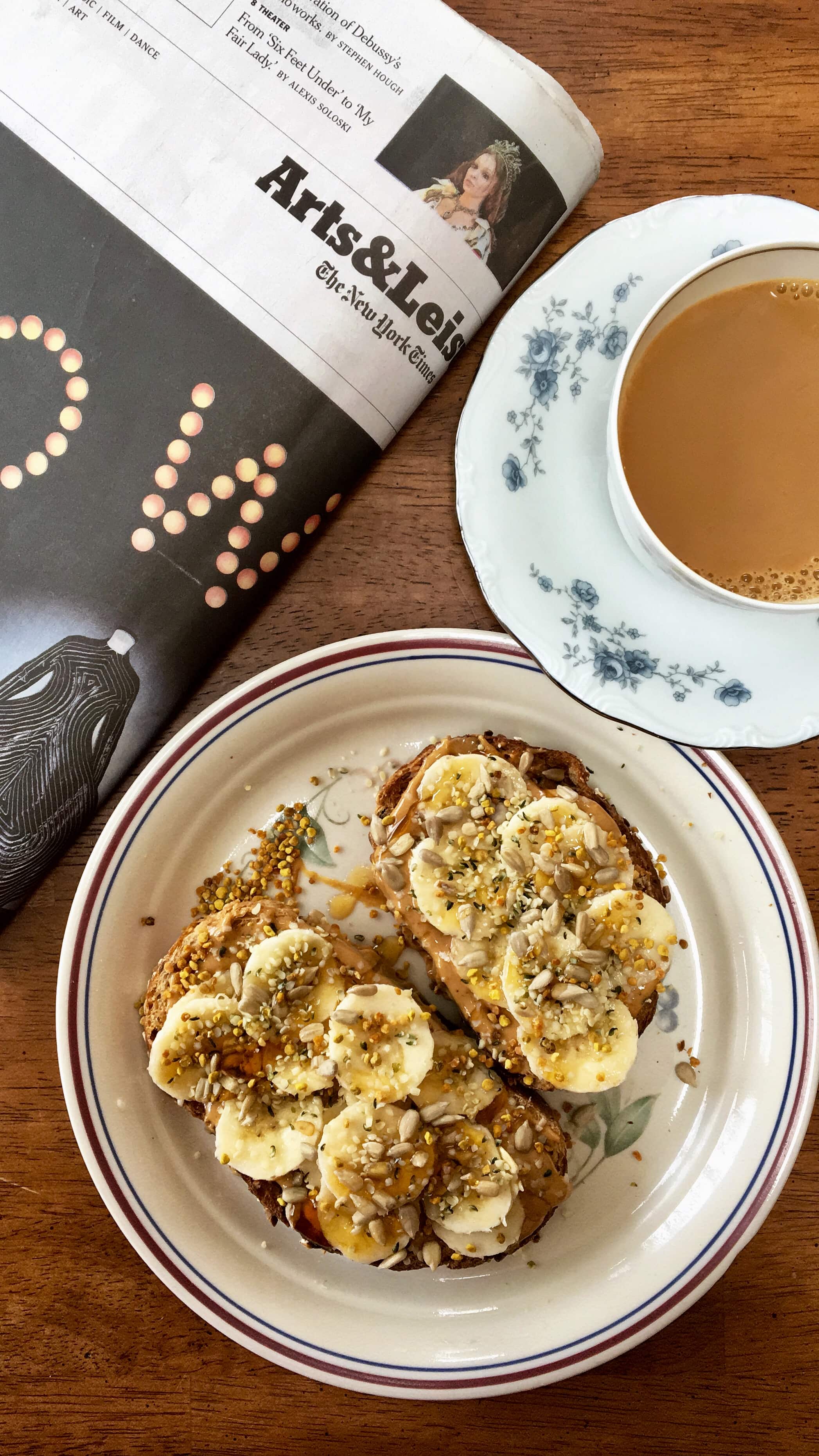 On Sunday I woke up to the first brown, ripened spots budding across the skin of my bananas. They were ready to eat, and that meant peanut butter and banana toast. This glorious combination is among the best in the world, even though it’s not indulgent or difficult to make. It’s not like the stunning apple pie we serve at Thanksgiving, flanked by rapidly melting ice cream, or the lemony Eggs Benedict we only enjoy on birthdays. It’s more like the streaking shadows from bare trees on a bright, snowy morning, or the fuzzy warmth from that first sip of coffee, which you feel in your toes. It’s an everyday pleasure that feels extravagant. The fruit and the nut get along nicely on their own, but even the tiniest drizzle of dark honey transports this combination to another level. It’s unfair that it can be that easy. Lunch was adzuki bean and spicy sausage soup. No, this is not something you should pretend like you’ve heard of. The bean was new to me until Mom spotted it in the New York Times and we later noticed it in Whole Foods. Had that bulk bin of adzuki beans always been right there next to the roasted almonds? I tried cooking it in the pressure cooker and, like my last few attempts at mastering this technology, miserably failed. I cooked them to the point of mush and angrily exiled the redish-black curd to a large tupperware container that sat in the back of our fridge for a week. That was last week. I decided it was time to turn it into soup, so I browned some spicy sausage links with onion, garlic, cumin, and salt, then added the adzuki lump into the pot along with some water, simmered it for about 20 minutes, and ended up with a creamy, spicy, hearty lunch. Never throw your cooking fails into the trash, you might just turn them into your best invention. The final product reminded me of a Spanish-scented black bean soup so I topped it off with shredded cheddar, chopped cilantro, and enjoyed crunchy sweet potato chips on the side. At dinner I employed yet another ridiculously simple, ridiculously delicious food pairing: salmon and asparagus. This combination is often relegated to the glossy pages of magazines like Shape, listed under the some arbitrary “10 Healthiest Weeknight Dinners” story featuring a woman in a sports bra. Whether under the pressure of a six pack or not, I would enjoy this meal that happens to be rich in omega 3 fatty acids and practically all of the vitamins in the alphabet. I like to douse both the protein and the vegetable in olive oil and braise the salmon in white wine and butter while the asparagus roasts in the oven. I cook the salmon just until the center fogs into a soft opacity, like cold glass meeting the first steam of a shower. I take the asparagus out of the oven just as the tips of its spears turn crisp and bronze while its body remains vigorous and green, enlivened with a subtle sweetness. I spoon the lustrous braising liquid over the finished meal, it’s buttery glisten beatifying the dinner. I pour a glass of herb-scented, earthy Oregon Pinot Noir, punched with red fruits, and toast to the simplicity of my Sunday, six packs be damned. 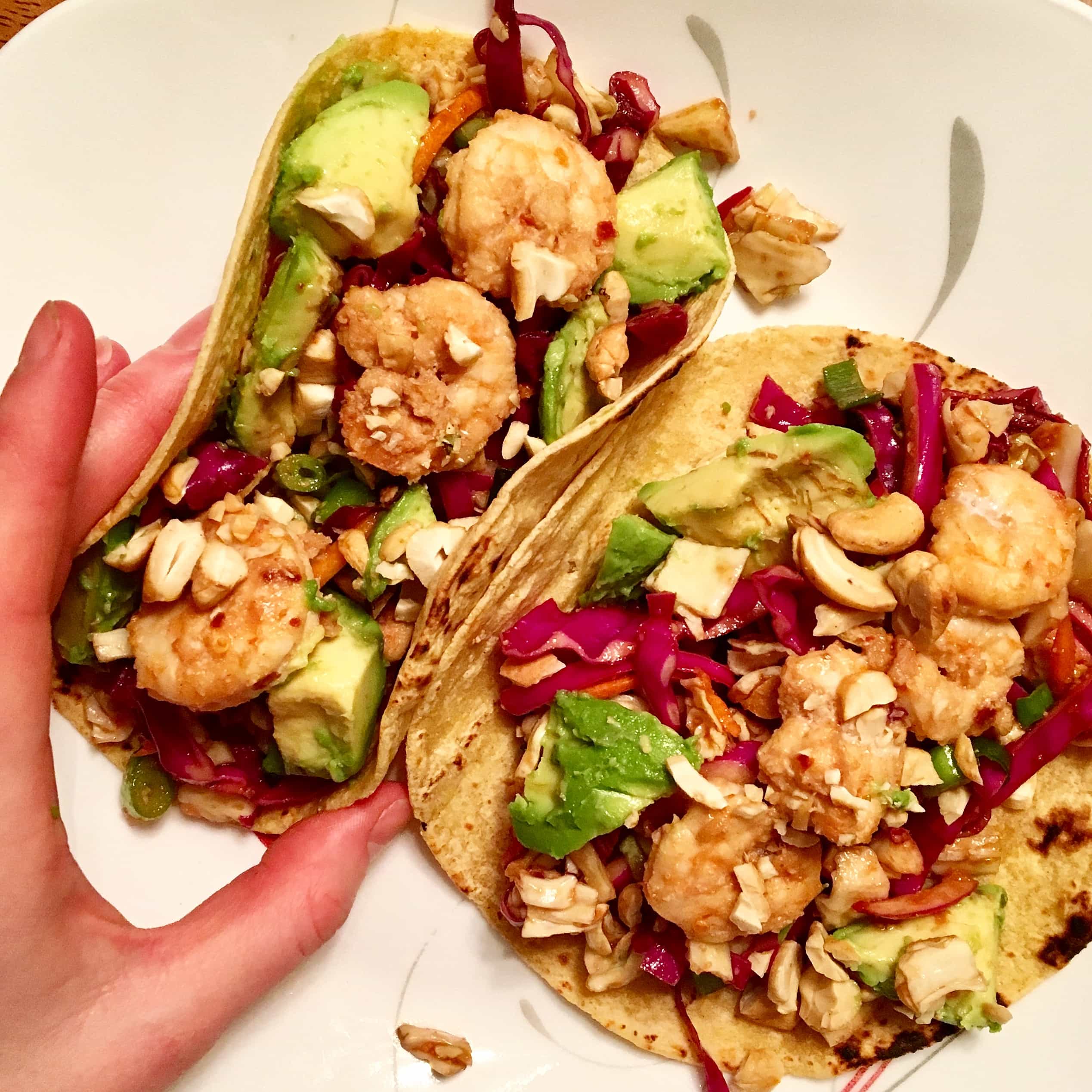 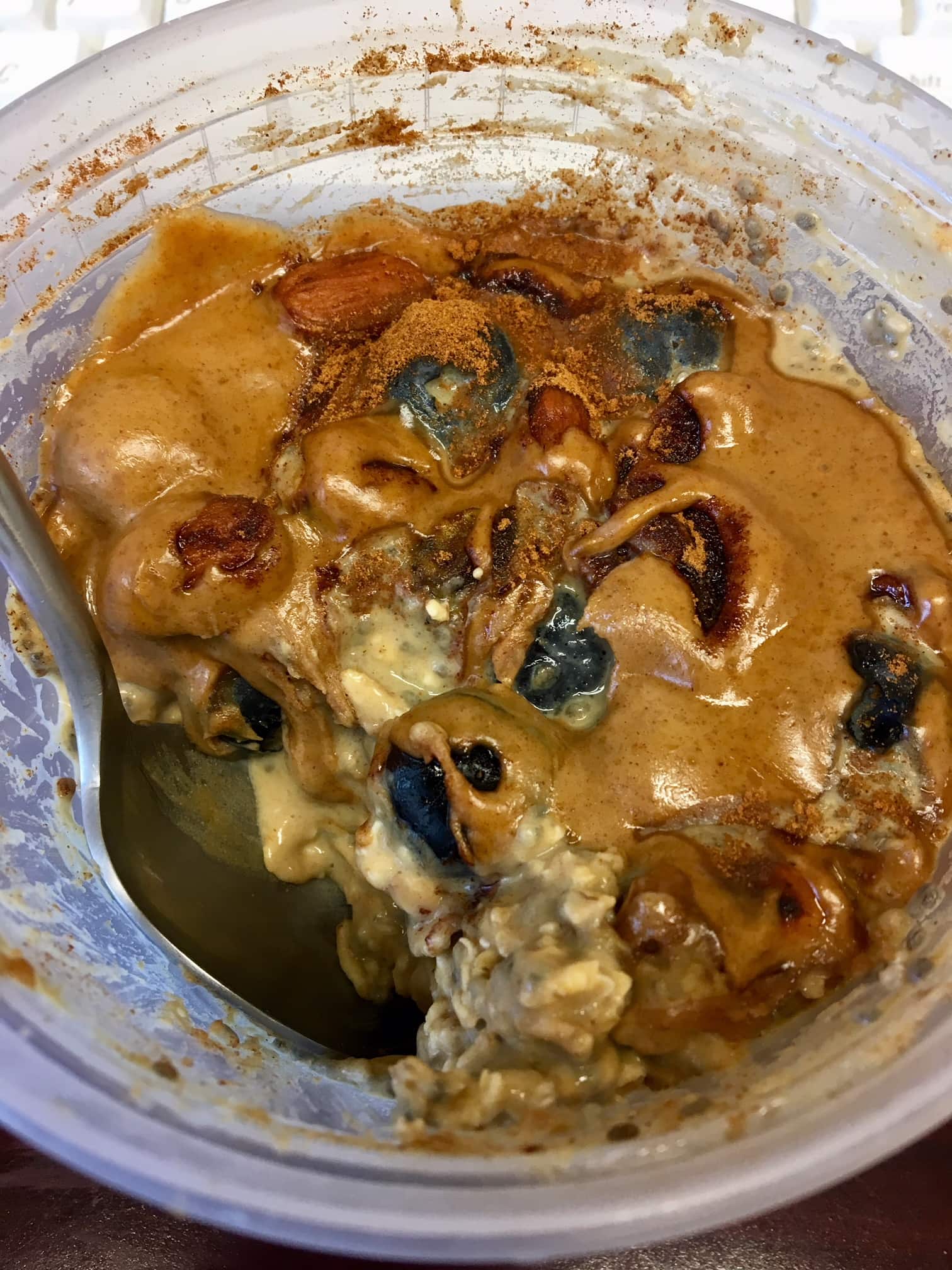 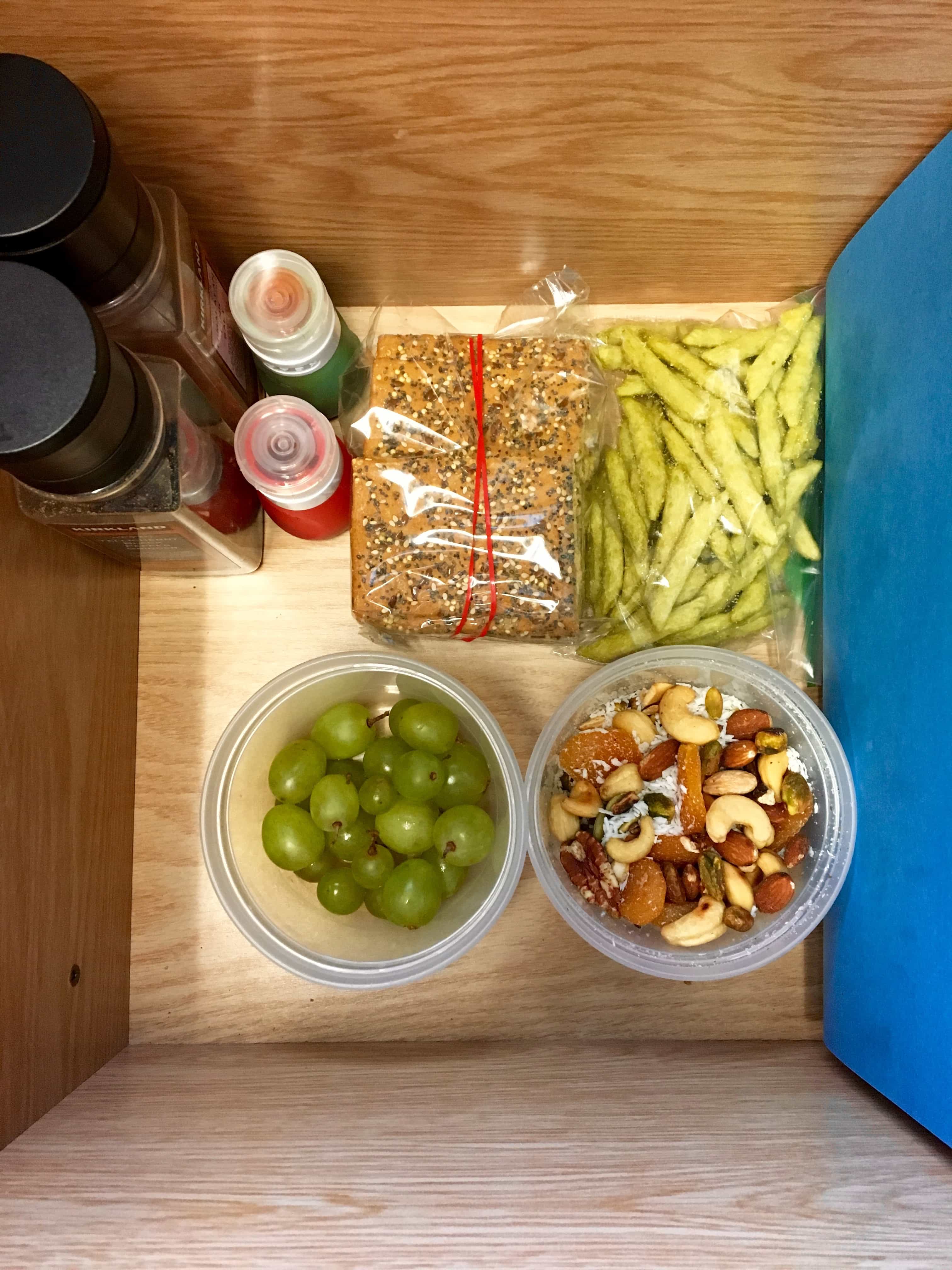 What’s in My Desk Pantry?