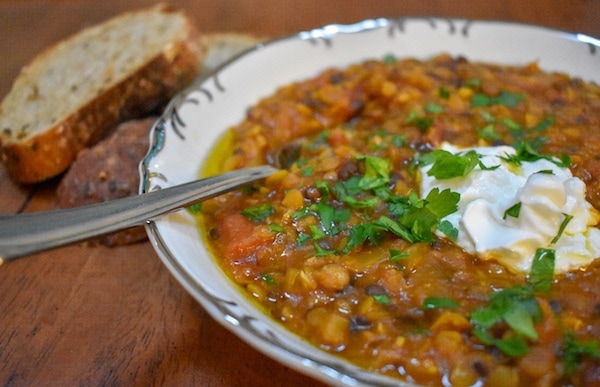 I never understood soup for dinner. Something about a bowl of broth, no matter how many shreds of meat or mushy vegetables are thrown in, is unsatisfying and often sad. I never found a soup I liked enough to crave it come dinnertime, or put in the effort to make. Until recently, when I found myself scraping the last bits of this soup from the pot and eating straight from the ladle like it was cake batter.

It was completely unplanned. I was too tired to go to the grocery store after work so I decided to finally use up that bag of red lentils that had been in my pantry collection since college, along with a couple of other canned items on shelves nearby. I only had to reach for a few spices and just two items from the refrigerator (there wasn’t much else in there), and 30 minutes later I had a dazzling soup, warming and hearty, with a zesty, spicy flavor that was more radiant than any humble soup I had ever tasted. 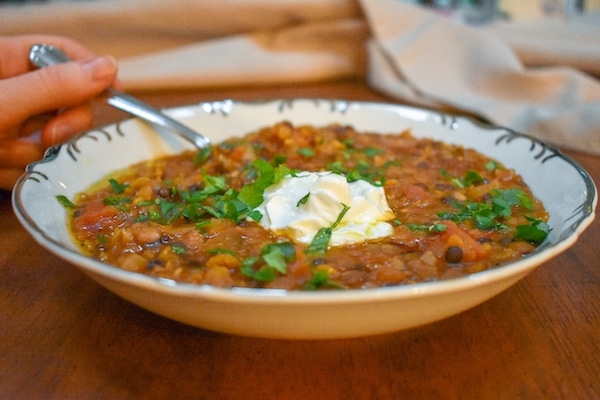 I couldn’t believe I’d neglected those red lentils for so long. Unlike green and brown lentils, red lentils are hulled and split when you buy them. They cook much faster than other varieties, making them ideal for a weeknight soup. Their more attractive color makes them ideal if you’re sharing that soup with family members.

In order to make these lentils really shine, I knew I had to rub them down with the punchiest flavors available in my house. Onion, garlic, and ginger was a good place to start. Cumin and turmeric followed, but the flavor was still too predictable and reminiscent of countless curries I’ve had. I wanted to treat the lentils like ruby-red royalty. 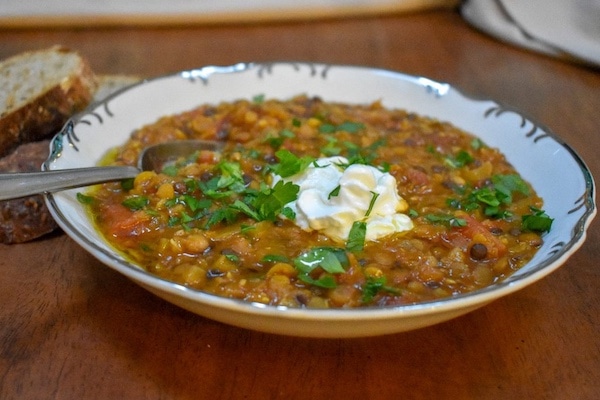 So I grabbed a jar of gochujang, or spicy Korean chile paste, that had similarly been neglected in my pantry collection. I added a thick dollop to the pot before adding the lentils, a can of diced tomatoes, and a can of coconut milk. If you don’t have gochujang, I suggest buying it right now and then putting it on everything. If you’d rather make this soup tonight, just use sriracha, hot sauce, or red pepper flakes.

About 20 minutes later, the lentils were tender and had absorbed the medley of intense flavors. I squeezed in some lemon for an extra shot of vibrancy then served it up. I topped my portion with a drizzle of good olive oil, a dollop of greek yogurt, and a flurry of chopped cilantro.

The end result was lighter than typical meat-centric dinners, with a buoyant, lemony surface grounded by a deep cumin and chili base. Bright, layered, interesting, and made with ingredients you probably have right now, you can make this soup whenever you want, especially if it’s for dinner. 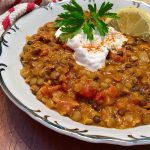 If you do not have chile paste, you can substitute sriracha, hot sauce, or red pepper flakes, just reduce the amount to 2 teaspoons, adding more to taste. 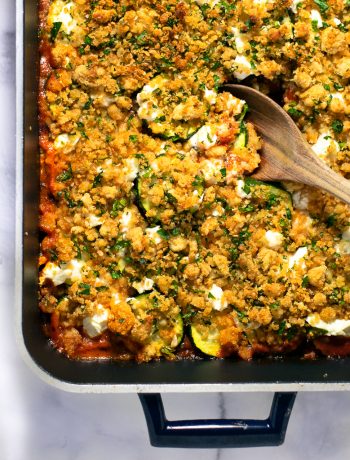 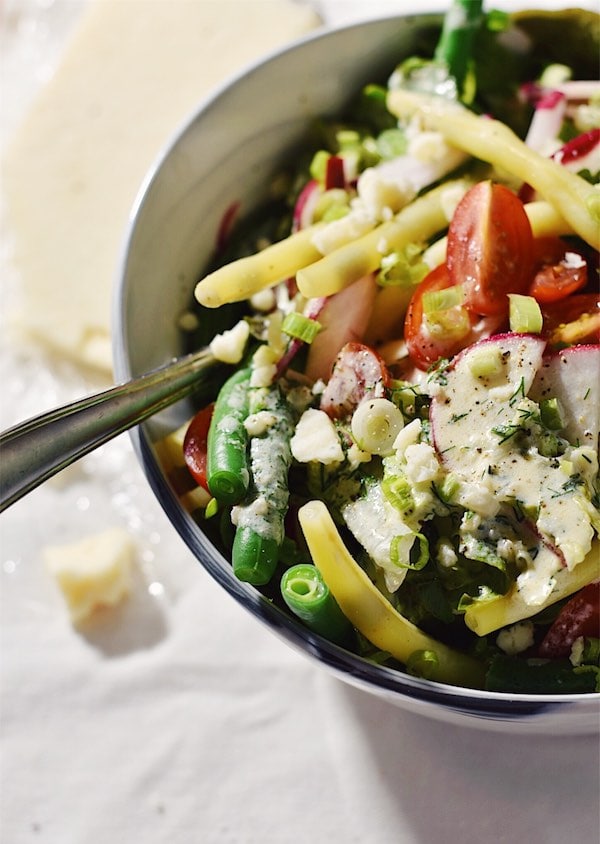 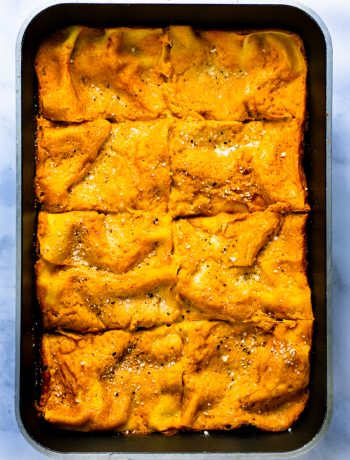 Hey! My name is Samantha and I’m excited to have you here. This site is dedicated to delicious, healthy weeknight recipes for busy home cooks. Click my face☝️to read more.